English cricketer Dawid Malan has been named as the brand ambassador of international higher education consultancy Fateh Education’s “Conquer Your Dreams” campaign.
The means to study abroad for Indian students has been relatively low at about 1.3% of the overall student population in India
Malan is currently ranked as ‘ICC world number 1 batsman’ in the T20 Men’s ranking. In March 2021, during England’s tour of India, he became the fastest batsman to score 1,000 runs in T20Is in 24 innings.
“Awareness and income levels are likely to steadily increase”
The campaign, which is being launched later this month, will celebrate the successes that Fateh has achieved since 2004 and further its reach to enable more Indian students to achieve their dreams.
“I believe that to succeed in sport, education or life in general, one must believe in the power of their dream,” Malan said.
“Combining this with hard work and a sincere, caring guide makes nothing impossible. For two decades Fateh Education have been playing a vital role in helping students conquer their dreams of studying in the UK and Ireland.” 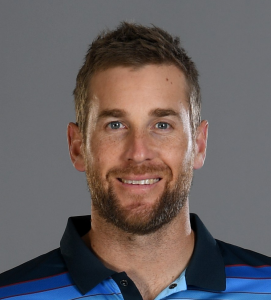 Malan said he was looking forward to enabling “many more students” to reach Fateh Education.
“Fateh has always celebrated people who had the grit and determination to conquer their dreams and Dawid Malan captures the very essence of it,” said Suneet Singh Kochar, Co-founder and CEO of Fateh Education.
“He has shown the world that with dreams in the heart, the right attitude and able guidance, one can perform at a global stage and succeed. We are delighted to have him on board as our brand ambassador.”
Singh Kochar said that while there are many opportunities at the global stage, the knowledge and the means to study abroad for Indian students has been relatively low at about 1.3% of the overall student population in India.
“However, this is changing now. In the next 5-10 years, I foresee the international higher education market doubling in size; as awareness and income levels are likely to steadily increase.
“We at Fateh Education have a vision to empower Indian students to receive quality international education – today and in the coming years, so that they contribute to the development of the nation and the world,” he added.
Started in 2004, Fateh has 120 university partnerships in the UK and Ireland and has guided over 26,000 Indian students.
In 2020, cricket legend Brian Lara opened Swinburne University of Technology’s learning facility in Sydney. Irish cricketer Kevin O’Brien was brought in by Enterprise Ireland help Ireland tap the huge Indian student market through marketing and press initiatives in 2012.
Still looking? Find by category:
Your email address will not be published. Required fields are marked *