USA
The USA takes the top spot as a destination because of its popularity among international students and the high-quality education it offers. The country has 28 institutions in the prestigious list, with five of them featuring among the top 10 – with the Massachusetts Institute of Technology (MIT) securing the top spot as the best institute in the world. Studying abroad in the USA gives you much more than just the chance to enjoy student life in some of the most exciting cities in the world. The networking opportunities available in the USA will allow you to connect with other students and up-and-coming professionals who can open doors for you upon graduation. Not to mention that a degree from an American university can make you a more desirable candidate for jobs in just about any sector and any country. 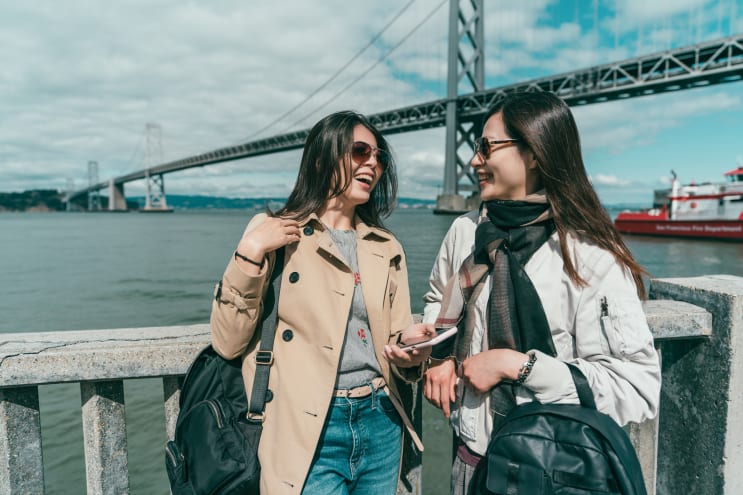 The UK
Taking the second spot on the list is the United Kingdom, with 17 universities among the world’s top 100 and four in the top 10. The U.K. has a long tradition of providing the best education the world has to offer, with institutes like the University of Oxford and the University of Cambridge dating back hundreds of years. The U.K. knows the vital role international students play in keeping the country at a leading position in research and innovation. For this reason, the British government has implemented policies to attract more international students and facilitate work visas for the year after graduation, making it easier for anyone who wishes to stay in the UK after finishing their studies.

France
Great ideas are born in France. As a country that has given the world some of the most notorious philosophers and artists, France attracts people from all countries who are inspired by its tradition and dream of studying in the same place that birthed some of the brightest minds in history. France has over 3,500 learning institutions, with four universities featured among the global top 100. In addition to the magnificent French culture and a thriving economy, students can enjoy low tuition rates and excellent job opportunities, making France one of the best possible destinations for any international student. 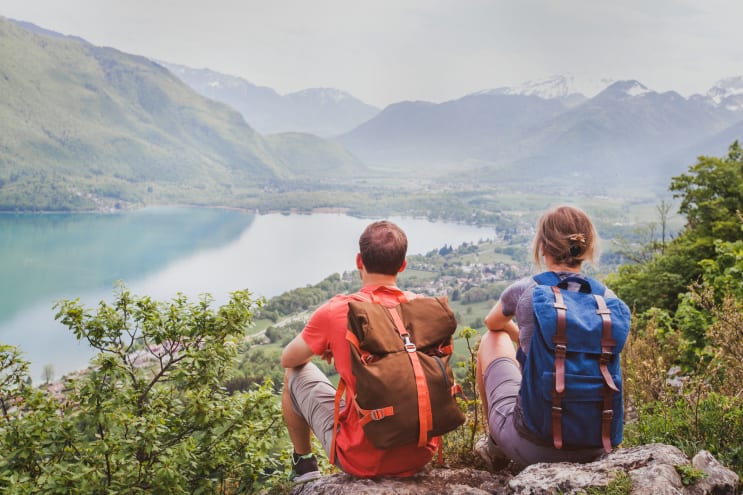 Germany
Among the many benefits Germany has to offer, the most attractive is perhaps the low cost of education. Most German universities offer tuition-free undergraduate and graduate courses for local and international students alike, making it one of the most affordable options today. With three institutions among the global top 100, Germany provides world-class courses, especially in business, science, and technology-related areas, many of them offered in English. Because of its facilitated work policies, Germany is one of the most popular destinations for students who want to stay in the country after graduation. 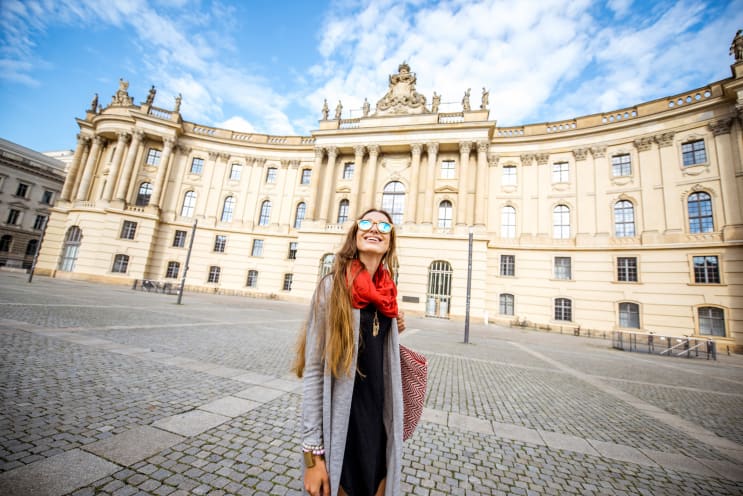 Singapore
Singapore is quickly becoming one of the hottest destinations for international students. The country only has six autonomous universities, two of which are featured within the global top 15, but several foreign institutions offer undergraduate and graduate degrees through partnerships with local private institutions, giving students a wide range of options to choose from. Besides the top-quality education, affordable living, and stunning landscapes, another great advantage for international students is that Singapore has four official languages, among them English and Mandarin – the two most spoken languages in the world. And to make it even easier, English has been established as the primary language of education, making a degree from Singapore even more accessible to international students.

Switzerland
It’s for no small number of reasons that Switzerland has been appointed one of the best countries to live in. In addition to being one of the cleanest countries today with world-leading sustainability practices, Switzerland was also named the most innovative country in the world for eight consecutive years, thanks to its high investment in research and development and its impressive infrastructure. To secure such prestigious positions, the education provided in Switzerland is nothing short of excellent. The country has three universities among the global top 100, one of them being the #8 in the world – the only university in the top 10 not from the USA or the U.K. The outstanding education and high standards of living attract students worldwide every year, who make up a significant part of Switzerland’s diverse and welcoming culture. 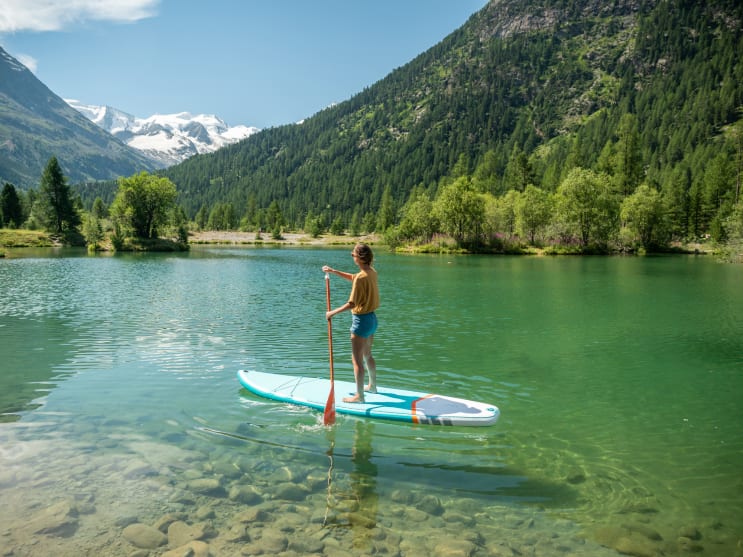 South Korea
With constant economic growth and significant investment in research and innovation, South Korea has become an increasingly popular destination among international students. The country has an established outstanding higher education system and has ranked six of its institutions among the world’s top 100. Students in South Korea can enjoy the unique culture – a blend of tradition and modernity – as well as a high quality of life. The country is considered the safest in Asia, and the living costs are lower than other destinations. The low tuition fees and funding programs available in many of the institutes will significantly benefit international students. 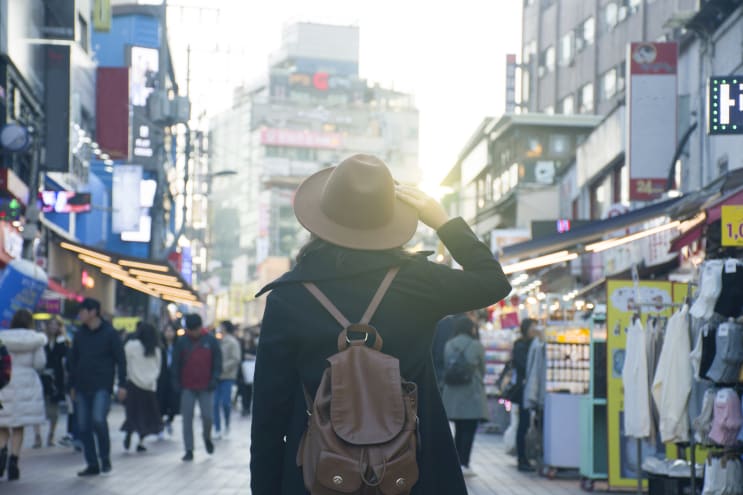 China
China’s spot among the top 10 best destinations for students comes as no surprise. As the world’s leading economy, China takes up a competitive space in the world of education. Out of its six universities among the top 100, five are featured among the world’s 50 best institutes. Aside from getting a degree from a prestigious university, international students in China will be able to improve their language skills in Mandarin, the most in-demand language in the business world besides English, and experience first-hand how the job market in the world’s #1 economy operates.

Japan
Another of Asia’s major economies, Japan takes its spot among the ten best destinations thanks to its top quality higher education institutions, high living standards, and career opportunities. Five of Japan’s universities feature among the world’s top 100, offering international students a wide range of degrees to choose from. Japan is a hospitable environment for international students – programs like top Global University Initiative and Go Global Japan seek to internationalize Japanese universities and attract brilliant minds from all over the world. Students in the fields of technology, business, nursing, and education in particular will find Japan a very attractive option for their study abroad plans. 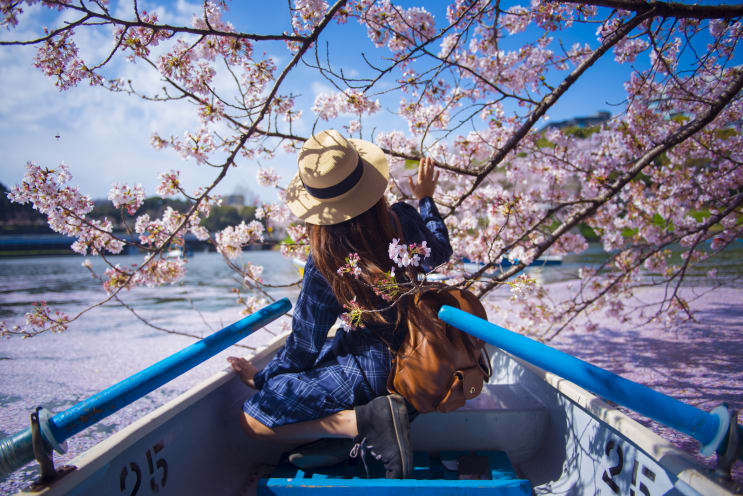 Australia
Australia isn’t just one of the most naturally diverse and stunning countries in the world. It’s also home to seven of the 100 best universities today. Because of its excellent education and affordable living costs, Australia attracts over 700,000 international students every year, making it one of the world’s most welcoming and diverse student communities. Australia is also a forward-thinking country – it has a tradition of embracing new technologies earlier than other countries and leading innovation in several sectors, like cryptography, economics, science, and technology. The experience of studying in Australia won’t be just another point to your CV; it will be an adventure unlike anything you’d find in other places. 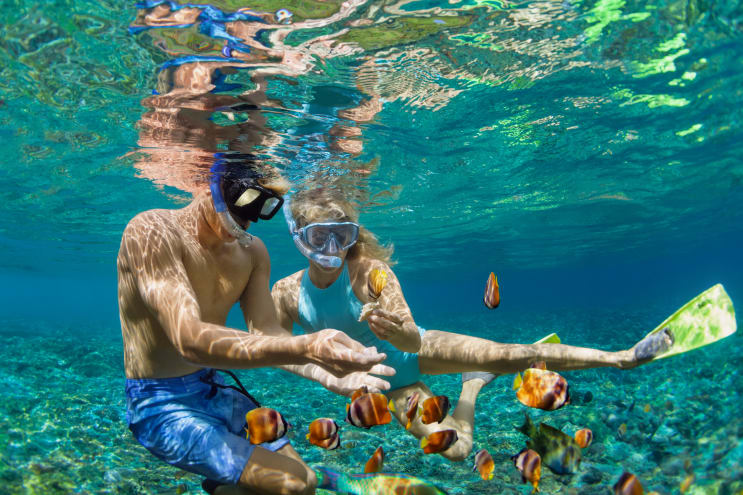 Of course, while these are statistically best options to study abroad, they aren’t the only good destinations. An honorable mention goes out to Hong Kong, Malaysia, Netherlands, Belgium, Canada, Russia, Denmark, New Zealand, and Sweden – all of which have universities featured in the Top 100 and offer an excellent quality of life and education. Knowing your personal objectives and doing the proper research is the best way to ensure you will find the perfect destination for you!
Choosing a university to attend is perhaps the most crucial part of studying abroad, but for many international students choosing a location…
Always wanted to become a professional football player? You’re not alone. According to Nielsen’s World Football Report, nearly half of the w…
MASTERSTUDIES makes it easy for graduate students to find the right degree. Use our website to find information about degrees and career paths from around the world and speak directly with admissions officers at the schools and universities that interest you.

Admissify is a UK & India based company with offices in London, Boston, Hanover, Vancouver, Sydney & across India. Our international presence allows us to provide in- country support post- arrival, including internship assistance & immigration or job services.